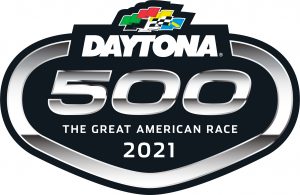 The 2021 Daytona 500 marks the 63rd annual Great American Race in Daytona Beach, FL. This year, 44 teams are entered in the Daytona 500, up one from 2020. On Wednesday night, the top-two drivers in qualifying will determine the front row starting positions for Sunday’s race. The Thursday night Bluegreen Vacations Duels will split the field in two with Duel 1 setting the inside column of the starting lineup and Duel 2 setting the outside line.

There are eight teams that will have to qualify or race their way into the Daytona 500 at the risk of being sent home. Four will make it, four will not:

Among these eight teams, the top finisher in each Duel race will qualify for the Daytona 500, then the two fastest qualifiers who did not race their way in will take the final two starting spots.

Austin Cindric is driving a 4th Team Penske Ford to attempt his NASCAR Cup Series debut. The 2020 NASCAR Xfinity Series champion will be the first of several Cup starts for Cindric in 2021 before he is set to take over the #21 for Wood Brothers Racing in 2022. Noah Gragson is another Xfinity Series driver trying to make his Cup debut. He will drive the #62 Beard Motorsports Chevrolet, taking over for fellow Las Vegas native Brendan Gaughan who retired in the 2020 season. Gragson and his team will be racing with heavy hearts as team owner and president Mark Beard passed away late in the offseason.

Our hearts are heavy. pic.twitter.com/st72LcUEm3

Ryan Preece and Ty Dillon were both locked into the 2020 Daytona 500 but they will have to endure the qualifying hurdles for different reasons. Dillon’s team, Germain Racing, folded at the end of the 2020 season, leaving Dillon stuck in free agency before signing a multi-race deal with charter-less Gaunt Brothers Racing. Dillon is registered for Xfinity Series points as he is scheduled to run part-time for Joe Gibbs Racing. Preece’s JTG Daugherty Racing team lost their charter to Spire Motorsports. The team still intends to run most, if not all of the 2021 season.

David Ragan will attempt his 15th consecutive Daytona 500 running a 3rd Front Row Motorsports entry. His full-time career ended after 2019, but he ran last year’s Daytona 500 in a car fielded by Rick Ware Racing with Front Row support. He won’t be the only driver returning after an absence of full-time Cup racing. A couple of former Daytona 500 champions, Derrike Cope (1990) and Jamie McMurray (2010), are both locked into the event in the chartered #15 Rick Ware Racing and #77 Spire Motorsports entires, respectively. This will be Cope’s first Cup race since 2018 and McMurray’s first since the 2019 Daytona 500.

(i) – does not receive points in the NASCAR Cup Series