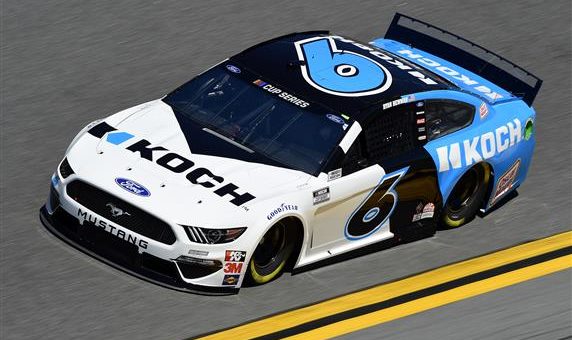 Ryan Newman was transported to local Halifax Medical Center immediately after being  extracted from his race car following the accident at the finish of the Daytona 500. In a statement prepared by Newman’s team Roush Fenway Racing and read by NASCAR Executive Vice President and Chief Racing Development Officer Steve O’Donnell, Newman was reported to be in “serious condition, but doctors have indicated his injuries are not life threatening.”

While the full extent of Newman’s injuries are not yet known at the time this is being written, the collective sigh of relief was felt throughout the NASCAR and motorsports world.

Fantastic to hear some positive news on Ryan! I don’t know the extent of his condition, but I believe racers are some of the toughest fighters in the world. Sending all the positive energy for any type of recovery.

The wreck occurred coming to the checkered flag when Ryan “Rocketman” Newman and Ryan Blaney were battling for the win. Newman was putting the block on Blaney when the two hooked bumpers. Newman was turned, slammed into the wall, and flipped over onto his roof. Corey LaJoie had nowhere to go and hit Newman’s car in the most vulnerable spot, causing the #6 to flip over once more from the force of the impact and sliding on its roof for another hundred yards or so. A fire broke out under the car and safety officials arrived to put it out and attend to Newman.

“I made a move off (Turn) 4 on Newman and he blocked it and I kind of went low and he blocked that,” Blaney told media post-race after finishing 2nd, “…I don’t know, we just got bumpers hooked up wrong and turned him. I hope he’s all right.”

Here is the final lap of the Daytona 500 in which Ryan Newman’s car was flipped at the line.

We will continue to keep you updated on his status as we learn more. pic.twitter.com/qkEwQBpoP0

Meanwhile, Denny Hamlin took advantage of Blaney’s lost momentum from the incident to beat him to the line by just 0.014 seconds, the second closest finish in Daytona 500 history. Hamlin became the first driver since Sterling Marlin (1994-95) to win back-to-back 500’s and has won 3 of the last 5. He celebrated with his team on the fronstretch, unaware of the severity of Newman’s condition in the distance. It took the safety crews over 10 minutes to remove Newman from his car and place him in the ambulance. Once Hamlin and his team were informed of the situation, the celebration was cut short.

“I think we take for granted sometimes how safe the cars are,” a much more serious Hamlin stated in Victory Lane, “But number one, we’re praying for Ryan (Newman).”

Winning team owner Joe Gibbs made it a point in Victory Lane and in the post-race press conference that the team wasn’t aware of the severity of the crash when celebrating.

“Some people may have saw us and said ‘Well, these guys are celebrating when there’s a serious issue going on’,” Gibbs said addressing the unfortunate timing of the celebrations, “I apologize to everybody, but we really didn’t know.”

First a foremost I want to give well wishes and prayers to @RyanJNewman. I had absolutely NO IDEA of the severity of the crash until I got to victory lane. There’s very little communication after the finish and i had already unhooked my radio. It’s not anyone’s fault. 🙏Rocket

This story will be updated when more information about Newman’s condition becomes available. Out of respect to Newman and his family, a more detailed report focusing on the Daytona 500 results and events will be posted later in the week.