NASCAR continues their West Coast Swing by heading to Southern California at Auto Club Speedway. This will be the final weekend where the starting lineups would be decided by 2019 owner points if rain interferes with qualifying. In this preview you will find the entry lists for both the NASCAR Cup and Xfinity Series as well as some notes for what to watch for this weekend. 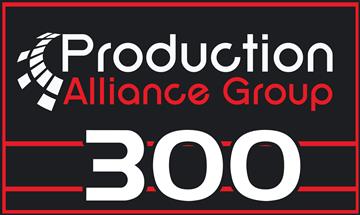 No Cup Series drivers are entered in the race, but there are two Truck Series drivers. Brett Moffitt continues to drive the #02 for new team Our Motorsports while Austin Hill is in the #61 for his Truck Series team Hattori Racing Enterprises.

Chase Briscoe won last week at Las Vegas and he is now the sole driver for Stewart-Haas Racing, which won at Auto Club in 2019 with Custer.

Myatt Snider ran the first 2 races with Richard Childress Racing, starting 1st both times. This week he’ll be in the #93 for RSS Racing as Anthony Alfredo makes his Xfinity Series debut in the #21. For the last time in his career, Jimmie Johnson will race at his home track Auto Club Speedway. Johnson has won at the track a record 6 times, including his first of 83 career wins. That win came during his rookie season in 2002, but has not won at the speedway since 2016. In fact, Johnson hasn’t won at all since 2017.

Ross Chastain is still entered to run the #6 in a substitution role for Ryan Newman, who continues to recover from a head injury sustained in a crash at Daytona. Newman was seen at the Roush Fenway Racing shop during the week, suggesting his recovery is going well, though a timetable for his return is still unknown.

As NASCAR is in the Los Angeles area, Ryan Blaney and William Byron will both be sporting Kobe Bryant-style paint schemes honoring the nine victims of the helicopter crash in January, including Bryant and his daughter Gianna. Bryant was an investor in the sports drink company BodyArmor which is sponsoring Blaney this weekend. Byron drives the #24 which was one of two numbers made famous throughout Bryant’s NBA career. The other number, 8, is driven by Tyler Reddick and will cary a special sticker for Bryant. Daniel Suarez is also joining in on the tributes by wearing special gloves.

The defending winner of the Auto Club 400 is Kyle Busch.