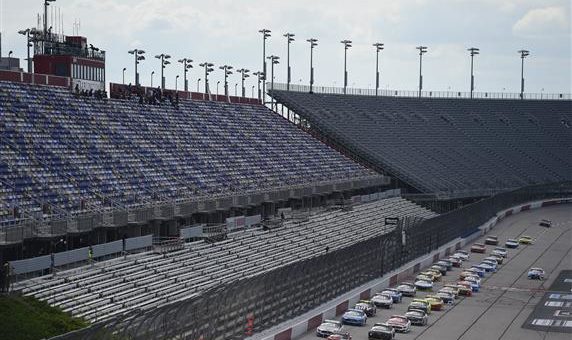 On Sunday at the legendary Darlington Raceway in Darlington, SC, the engines of the NASCAR Cup Series roared once again in front of empty grandstands, minus a few of the teams’ spotters who remained socially distant. It was an event that ended 71 days of waiting for NASCAR racing amid a global pandemic. Leading the way for professional sports in America, NASCAR worked with local, state, and federal health officials to put on a show to entertain fans new and old.

With TV ratings comparable to that of the Daytona 500, the roar of the crowds may not have been heard, but there was no shortage of eyeballs on the racing action. “To be out there with no fans but yet I could feel them all the way through the television cameras,” 3rd-place finisher Kurt Busch said in a post-race video teleconference with media, “There were those times when you’d look in the grandstands. When you see an empty seat, you feel a set of eyeballs that are coming through the camera lens.”

Of course there were many questions and doubts surrounding the difficulty to organize a professional sporting event, which requires a minimum of several hundred people in one location, while still maintaining social distancing and health guidelines. After the race, however, the event was widely viewed as a success.

“NASCAR deserves a pat on the back for what they’ve accomplished,” Brad Keselowski posted in a note on Twitter, “They made some really hard, tough decisions that brought together a lot of different stakeholders, and they found a way to make this race weekend happen in spit of a lot of obstacles.”

Kevin Harvick won The Real Heroes 400 to notch his milestone 50th win in his Cup Series career that dates back to 2001. “The weirdest part of the day for me was getting out of the car and not hearing anybody cheering,” Harvick said, “Look, I’ve been around this deal for a long time. This is not like anything I’ve ever experienced.”

Harvick was a rookie in the Cup Series the last time a race was postponed for external reasons, after the 9/11 tragedy. “I can tell you it’s very similar to coming back after 9/11. That day a hundred thousand fans in the stands, now you have no fans,” Harvick went on to explain how it felt to have a lack of fans in the infield when celebrating his victory, “For me, that was really awkward because I feed off of that stuff, enjoy those types of moments.” 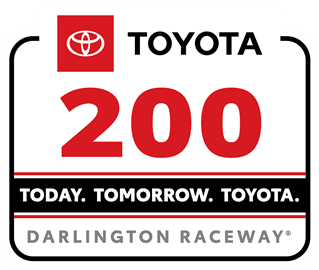 Now the NASCAR Xfinity Series will take their turn to resume their season with the Toyota 200 on Tuesday night at 6:00p ET at Darlington. Though this time, there may be an extra obstacle to overcome to take the green flag for the first time in two months. Tropical Storm Arthur nears the Carolina coast on Tuesday and lingering rain storms could present an issue for the race. NASCAR has adjusted the start time, moving it up two hours earlier from the previous start time of 8:00p ET.

Similar to the Cup Series on Sunday, the Xfinity Series is holding no practice or qualifying sessions to prepare for the race. To account for this, NASCAR has expanded the field size from 36 to 40 cars, with each added position worth the same as 36th. In addition, NASCAR will issue a modified competition caution to allow for teams to make longer pit stops for adjustments to the car. The field will be frozen, so no one would lose their position unless they fail to beat the pace car off pit road. Pitting 20 cars at a time, everyone will get a chance to pit twice. All other caution procedures then remain the same, except there will be no wave-around rule.

The pit stalls were selected in order of the qualifying results from Phoenix back on March 7 as it is the standard for the Xfinity Series to select pit stalls based on the previous race’s qualifying results. The starting lineup, however, was determined through a random draw. Positions 1-12 were randomized among the teams 1-12 in owner points, then the same for 13-24 and 25-36. 37-40 will be assigned based on their eligibility and their positions in owner points.

The starting lineup for the Toyota 200:

The 2019 Xfinity season was defined by the “Big 3” of Christopher Bell, Cole Custer, and Tyler Reddick. Now that all have moved up to compete in the Cup Series, the battle for the 2020 Xfinity roster is for who will fill that void. It’s a tight battle through 4 races so far in 2020 as the entire Top-10 is split by less than 60 points, the maximum point total for a single race.

Harrison Burton comes into Darlington as the series point leader with a narrow margin over Chase Briscoe, each with one victory so far in 2020. Road course ace Austin Cindric sits 3rd in points and is still searching for his first win on an oval. Brandon Jones is 4th in points and is the most recent winner in the series, having won at Phoenix prior to the suspension of the season. Ross Chastain rounds out the current Top-5 in points, coming “fresh” off his substitute gig, driving for Roush-Fenway Racing’s #6 Ford in the Cup Series in place of the injured Ryan Newman.

Noah Gragson will start first on Tuesday night due to a random draw. He’s 6th in points and started out the year by winning at Daytona for his first career Xfinity win. He will be joined on the front row by JR Motorsports teammate Michael Annett, who is 10th in points. When you add names like Justin Allgaier, Justin Haley, and the strong underdog Ryan Sieg, the battle for who the next “Big 3” will be is red hot and ready to heat up with the continuation of the 2020.

Just as the Cup Series on Sunday, there will remain the eerie effect of no fans in the stands, health screenings, along with face masks and social distancing guidelines. For now, this is the new normal. Slowly we’re seeing this transition towards the one thing the industry loves most; racing. NASCAR is back.