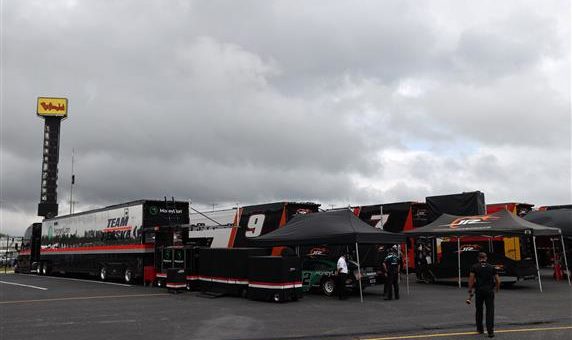 The NASCAR Xfinity Series will have to wait longer to take the green flag for the first time in 2020 since suspending the season due to the coronavirus (COVID-19) pandemic. The Xfinity drivers and teams have waited to resume their season since March 7 at Phoenix Raceway where Brandon Jones was victorious. Persistent rain in the area originally prompted NASCAR to move the start of the race two hours earlier but “Mother Nature” had other plans and washed out the Toyota 200 completely, postponing it to Thursday, May 21st at 12:00p ET on FS1.

Rain continues to be in the forecast in the Darlington, SC area through both Wednesday, when the Cup Series intends to run the Toyota 500, and on Thursday. According to the National Weather Service, as of Tuesday night, the chances of rain on Wednesday and Thursday are both 80%. If the Cup Series race is impacted by the weather, it would also be moved to Thursday later in the night. Contingency plans if rain continues to prevent racing on Thursday are as of yet still unknown.

When the Xfinity Series does take the green flag for the Toyota 200, Noah Gragson will lead the field to the start/finish line alongside JR Motorsports teammate Michael Annett. Below is the full starting lineup for the event.