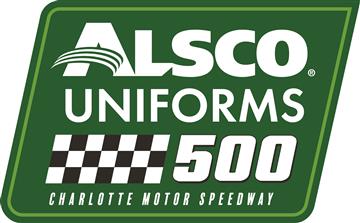 Tropical Depression Bertha hit the Carolina coast on Wednesday night and after a full day of rain, prompted NASCAR to postpone the running of the Alsco Uniforms 500 until Thursday, May 28 at 7p ET, set to air on FS1

Due to the quick turnaround involved for NASCAR and broadcasting partners traveling from track to track, the Xfinity race at Bristol originally scheduled for Saturday is also being postponed to Monday, June 1 at 7p ET also for FS1.

While fans may be thrilled by NASCAR’s return, Mother Nature does not seem equally as pleased. This is the 3rd consecutive NASCAR Cup Series race to experience rain delays as the Toyota 500 ended early for rain and the Coca-Cola 600 was delayed by rain for over an hour. In NASCAR’s return to action, three of eight races have now been postponed for reasons unrelated to the coronavirus (COVID-19) pandemic.

The starting lineup for the Alsco Uniforms 500 was determined based on a Top-20 invert of Sunday’s Coca-Cola 600 finish.